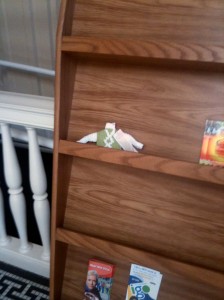 Here is the place I wanted to get married.  Too bad I didn’t follow through with it as it is the scene for the Palace Ballroom in the Blues Brothers as well as where Michelle and Barack Obama were married.  Anyway, this fabulous center is the South Shore Cultural Center and is adjacent to a public golf course and phenomenal views of the lake situated just south of Hyde Park.  The interior speaks of a wonderful over the top ornate architecture from the turn of the century.  The entry way also has two carriage houses at either side of the the double lane path that also reminds one of an era without cars.  One of my favorite parts of Chicago, it seems to mix the relaxed laze-fare of the South from the Great Migration and of landed by-gone gentry who made this concept a reality.  It is an especially interesting site too, because not too far away on the south and west are some of the socially and economically weakest sections of the city that contrasts highly with this image.